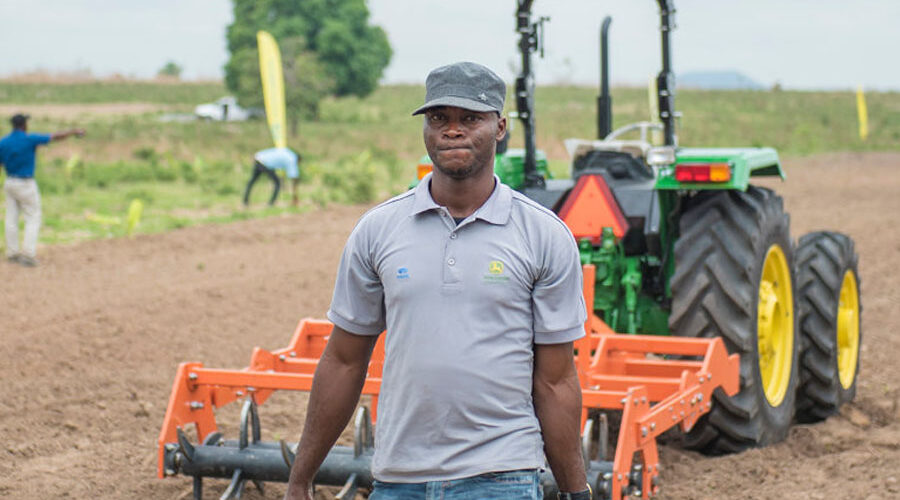 To aid in the land reform initiative and boost production on resettlement farms, the Zimbabwean government initiated a farm automation program in 2007. Official Zimbabwean sources state that agricultural mechanization was first used to replace antiquated agricultural machinery and provide better service to farmers who were previously underserved.

The restoration of irrigation systems was also prioritized as part of the initiative. It was argued that resettling farmers on previously farmed land and providing them with inputs without backing them up with a robust mechanization program would have a detrimental effect on crop output and food security. Since farmers were given access to land and materials, but not agricultural machinery, land preparation was inefficient throughout much of the nation. Reduced crop yields and output in the agricultural sector may be traced back to a lack of tractors and other farm implements that prevented farmers from getting the field ready in a timely manner. To many Zimbabwean farmers, the lack of a comprehensive mechanized program is the single greatest barrier to improving agricultural production efficiency at the household level.

In addition to irrigation, biological and chemical inputs, high-yielding seed types, fertilizers, pesticides, and mechanical energy, agricultural mechanization has been widely acknowledged as a key factor in boosting productivity. The term “appropriate technology” was coined as a middle ground to describe the gradual introduction of agricultural machinery to meet the rising need for increased productivity with reduced labor costs, but yet leaving sufficient room for human labor to participate. However, it has been shown that the fear of agricultural machinery replacing human labor was unwarranted. For instance, automation in agriculture increased the demand for human labor, leading to a rise in total employment. Total labor savings on farms where tractors were utilized to replace bullocks were quite small. It was stated that the usage of male temporary labor rose and that small farms that had invested in mechanization required more workers. Due to agricultural machinery’s efficiency gains, many families are now able to plant a second crop during the growing season, keeping workers who would otherwise be idle for most of the year busy.

Mechanization on small farms has improved crop yields and yield per acre because of faster cycle times, higher yield per acre, and more accurate input application. Thanks to improvements in irrigation and mechanized farming, farmers were able to increase the amount of food they produced per acre. The amount and quality of water available each year, as well as the kind of farm power available, largely determined the level of cultivation intensity. A large portion of the population in rural areas has seen their standard of living rise because of agricultural machinery and automation. Gross revenue per hectare for tractor users and owners was greater than that for farmers who relied on conventional methods for sustenance. It has been stated that farms using tractors have better gross revenue per hectare than conventional farms.

Agricultural mechanization’s contribution to increased labor and land efficiency is undeniable; nonetheless, a farmer’s circumstances, such as the availability of complementary inputs and a ready market for the products, must be taken into account while designing a mechanization program. There was a severe lack of farm implements and spares since the government was unable to fund larger development imperatives. Due to a serious lack of human resources, essential agricultural support services were either not available or were delivered late. Simultaneously, the government placed harsh limitations on the international trade of maize, a vital food crop. As a result, the nation fell into a low-equilibrium trap of epic proportions, the likes of which had never been seen before outside of times of war. Bringing about the required changes in such a case may need outside intervention in the form of technical and institutional advancements.

The private sector stands to gain tremendously from this. Because the government has historically played such a large role in the important sectors of agricultural machinery supply, logistics, and extension, its collapse would have such far-reaching consequences. To a considerable extent, the obstacles that farmers were suffering at the time would be alleviated by the involvement of the private sector in these sectors. If agricultural machinery were priced on the open market, it might be used more efficiently and in response to actual needs. The circumstances in Zimbabwe also provided an ideal testing ground for the implementation of novel organizational arrangements among farmers in order to pool resources and rationalize costs. These arrangements included land consolidation and variants of group farming to the extent that they were permitted by preexisting norms.